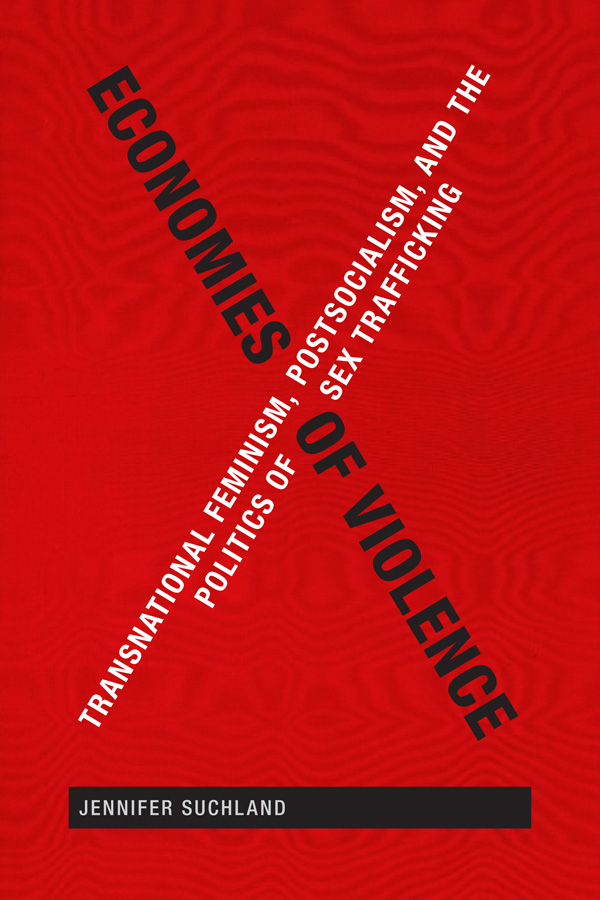 Jennifer Suchland’s Economies of Violence is an extensive and innovative study of the discourse of transnational sex trafficking and its relationship to the global feminism and postsocialism. Suchland situates sex trafficking within the economy of global capitalism. Arguing against the predominant view that regards sex trafficking as “an aberration of capitalist systems” (1), Suchland emphasizes that such a view “focuses on locating individual rather than structural violence” (3) and creates a false dichotomy of the victims and the losers of capitalism. For the author, the losers are best exemplified by people working in sweatshops, whose labor is seen as “unfortunate but necessary aspect of global capitalism” (3), whereas victims – such as victims of trafficking – are seen as “an aberration from the dominant economic order” (4). Suchland’s book, thus, attempts to show that sex trafficking is indeed part and parcel of the global capitalism that constantly demands cheap and often unregulated labor. In order to argue this claim, Suchland looks at the rhetoric that is used to talk about sex trafficking: she focuses on the solidification of the “violence against women” paradigm at the UN (a paradigm that included trafficking) and the post-Cold War reframing of sex trafficking in the US. Methodologically, the author is inspired by Foucault’s genealogy and adopts a similar approach, tracing and analyzing “key historical artifacts, events, experiences, and policies” (8) that create existing dominant assumptions about sex trafficking.

The book is divided into three parts: Global (Chapters 1 and 2), Postsocialism (Chapters 3 and 4), and Economies of Violence (Chapter 5). These parts are preceded with an introduction and followed by a brief conclusion. In Chapter 1, the author analyzes various UN documents and meetings in order to explore how and why sex trafficking came to be understood in the UN as a part of the “violence against women” paradigm. Similarly, in Chapter 2, Suchland traces the debates on sex trafficking in the US in relation to the end of the Cold War and the collapse of the state socialism.

In Chapter 3, which opens the Postsocialism part, she scrutinizes the discrepancy in the claims and worries of the feminists from the First and the Second worlds. Criticizing the idea of the time lag (that the Second world feminism supposedly must catch up with the ideas of the First World), Suchland attempts to think of an “alternative genealogy” (86) for postsocialist feminisms. This leads her to Chapter 4 that is dedicated to deconstructing the idea of “transition.” Presented as a neutral idea, the process of transition was conceptualized by the economists as a necessary and painful measure. However, Suchland writes, economic rhetoric that surrounded transition obscured global inequalities, structural violence, and increased precarity, thus depoliticizing economic processes and focusing attention on the level of an individual person.

Chapter 5, opening the Economies of Violence part, picks up on this idea and shows how contemporary understandings of trafficking are heavily individualized. Contrasting neoabolitionists (those who see the demand (e.g. clients of prostitutes) as the driving force of prostitution and sex trafficking, often conflating the two phenomena) and those who argue in favor of sex workers’ rights, Suchland shows that both positions “draw on an economism of rights” and are in fact “rooted in belief in, rather than critique of, the operations of the market” (176), as both positions rely on the idea of a rational entrepreneurial actor. Finally, in the concluding chapter, the author proposes a new approach to understanding sex trafficking: according to Suchland, instead of the existing 3Ps (prevention, protection, prosecution) that push sex trafficking into the frame of criminal justice, it is necessary to focus on the 3 Rs (rights, research, responsibility) in order to break away from the individualizing and market-inspired discussions of sex trafficking into a more sustainable and structure-oriented approach.

Suchland’s approach to sex trafficking as a phenomenon embedded in the global economic order is insightful and refreshing. She criticizes the idea of transition as an approach that is too simplistic, assumes the supremacy of the West, and at the same time immunizes itself from critiques by blaming potential shortcomings and hardships on the misdeeds of the national elites. Suchland points to the tacit assumptions of teleology and the supremacy of Western economic and political order that undergird the ideas of a weak state and transition respectively. Suchland’s discussion of the gender dimension of transition is particularly interesting and useful. She argues that the availability of new opportunities and new sexualization of women’s bodies in the masculinized market led to women using various informal practices to go abroad in order to sell their femininity. The author emphasizes that women made use of a variety of entrepreneurial strategies that were available to them in order to make ends meet.

Furthermore, Suchland’s finding about the similarity in the rhetoric of neoabolitionists and the activists for sex workers’ rights is particularly refreshing and warrants a separate mentioning. Indeed, much of the scholarly work written about the issues of sex trafficking and/or sex work operates within the dichotomy of force versus choice and often, willingly or unwillingly, reduces complex socioeconomic questions to the matters of individual agency or lack of it. According to Suchland though, the fact that some women consent to work in the exploitative conditions “should not shut down questioning of how and why this type of labor functions in its larger economic context” (175): that is, someone’s consent to precarious labor should not automatically dispense with the need to address systemic preconditions that enable this form of labor. Though Suchland does not dismiss the importance of sex workers’ organizing and sex workers’ rights, she nevertheless does not really engage with this perspective, dedicating instead an unproportional amount of space to neoabolitioanist perspectives, hence giving much more prominence to the already dominant narrative of sex trafficking and sex work.

Finally, the author’s proposition to unlink sex trafficking from the criminal justice and thus to shift our attention from the 3Ps (prevention, prosecution, protection) to the 3Rs (rights, research, and responsibility) is quite innovative and thought-provoking. However, given the fact that the idea of rights is an individuating idea: as it is almost always an individual who is endowed with certain rights and rights are contingent upon the nation-states that enforce or deny rights to their citizens (Arendt 1973), it is not quite clear from this chapter how approaching sex trafficking from the perspective of rights will help to bring in the structural level of analysis that Suchland insists on throughout the book. Unfortunately, the author does not explain which entities she envisions as being the guarantors of those rights and how this particular optics will help to avoid viewing sex trafficking as an aberration that traps certain individuals rather than a systemic problem.

Though the language of the book is at times too dense and the author sometimes uses a lot of abbreviations, so it becomes difficult to keep track of them, the book is an invaluable addition to the existing scholarship on sex trafficking and scholarship on postsocialism. The book will be of interest to graduate students and researchers in social sciences focusing on the region and the issues of sex work and/or sex trafficking locally or globally. 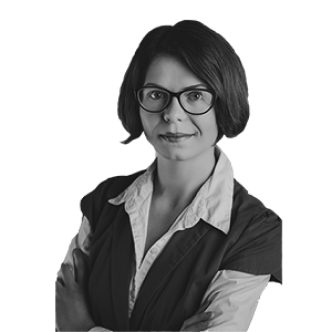 Related materials
Book Review: Economies of Violence
The book is an extensive and innovative study of the discourse of transnational sex trafficking and its relationship to the global feminism and postsocialism. 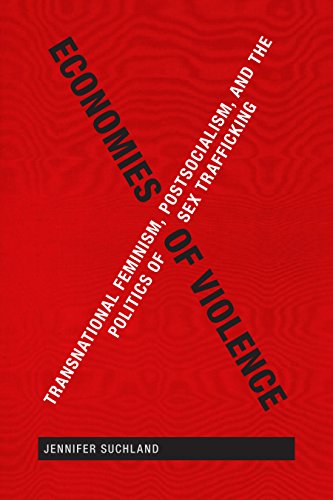